loop-holes on my sheet

this  is the way  of thinking  middle class human Indian mind .. those   give  major contribution to make nation ... in crores... just read below , slowly  and you will able to find  " loop-holes on my sheet "

some Intelligent  collect the pic from net  and host his flag : 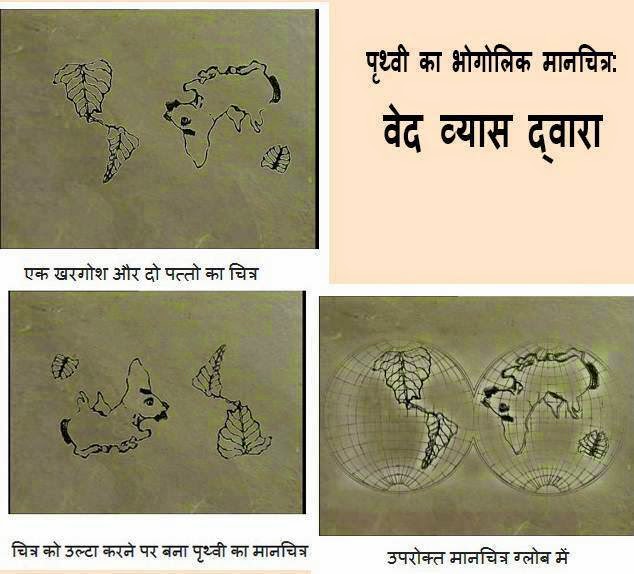 some where we get successful to collect this information from our religious  history , well  right !

not you may get from more than ..... why !  because you overlook on those issues  from history  which make character  of individual and  a nation

you forget  to put here those issues  , of honesty and dedication , now you feel  knock to that lost proud !


yes agreed we lived super Scientific era in Satyug in Dwapar yug , but what you lacked that time  till today , the major cause to drag back in lacks of years , those aspects they do not have !


do not forget of deep characteristics fare-evaluation !

* to live well  good job  is essential , what people will do  with more historical evidence  with all empty stomoch of self  and of family  libalities
* today on  gain knowledge on kalidasa or vedas ... no one able to get food  and respect . yes for information gaing  its good . for small tutions  it may good !
* today english is must  for international developments for India , english is a Bridge .
* few other countries not set lingual value  as we  did  here .  china  is not dependent , japan is independent. but we are not . we are dependent  for many reasons.  and we are not alone , like  us many other  countries dependent . so that we are  still comes under developing  countries , may be our History is more old that their  existence , so what ?

*they take all researches  as treasure  to pass to next gen as subjectuive value .
*we  attached  our all entire knowledge sheet  with religion  and this way it get limited  spread.
*we relive on drum beating , they believe on output !


live with flowing time  to accept  out basic faults . is the only way to come up again . chirping  is not solutions , is like try to make dam  on dry river .

they getting fruit of their  labor  and we  get fruit  of our  work ,  be  accept reality  , be firm in heart , and getup  with proud .

but who will do this ? where every one want to live with peace , and two time food  plus required cloths .

we have also  desire to live well up to the mark , but we are no so much quality productive . so that  we  force  to  live under  availing  other good products . Our  major  youth  is depends  on living style  fooding   style  and  even  in antiquate  shows  towards western living ,  and we are saying " we are , we are "


to day we are dependent  for all scientific works on their labs , their infrastructures , for our higher  scientific  researches !! our brain going out  for that do not blame them  , just look inside .....

regarding  their  development story ....  they also human being  like us . they also  lives in frustrations  and fights  inspite  of all  they are focused  to developments ... think !!

The time , when we were busy in internal fights with Muslims  and  Britishers , they were  doing  work hard  to make infrastructures  and  Institutions .

when they were  busy  in Scientific researches , we were   just  involves  our self , in freedom fights  and cast fights plus Hindu Muslim riots ...


More digging  want ; than think  the root cause  of  Britishers   decide to rule on you !

more want to go back , let us come back , Muslims  attack on us  reason was , we were weak and divided  in small  states . and  not only divided  we were  involved in killings  of small kings and kingdoms ., before that  portugees were attacks  on India .. that time Chanakya  gives these wisdom words , be unite make  One   Nation " Akhand Bharata "


regarding  i find  Muslims religion is  very much imbalanced , one side  they produce pure Sufi  and on other hand they cultivate  Jehadies One  portion  says  respect women other issued fatwa  from ISIS-who ordered genital mutilation of all Iraqi women............It is really a painful..shameful........... , one is very flexible and other is very rigid and cruel.

We Hindus also suffering  kind of religious  and spiritual imbalance , in one hand  we  produced Spiritual  leaders their  basic preaches  depends on  introspection  on other hand  we are  much away  with all introspection , we live free  we think free . One side  we can kill who say  against  of   born faith, on other hand  , we  don't care  for our National character building.


So  do you understand  the root of down fall  or still not !!

all down fall  or rise high  depends on National character , which  made become from hard work of  individual character . 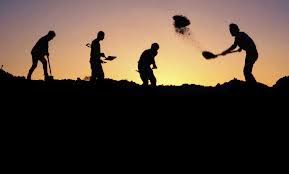 what we are doing today in modern era !!


is it worth to talk nonsense ,

still we are not honest , not dedicated , not doing work hard . ( not saying  exceptions, few exceptions are carrying  nation ) Major  Indians  are busy in  to safe living  and  two time food  peacefully  and our  politician and Nation Builders  still busy where ! in low level politics  under criminals  shelter .  actually we are not capable to fight with self . we ger defeated  with internal disease  of hypocrisy. Saying something else publicly   and   thinking differently  individually , its  a every home story . every person story , from this hypocrite  brick  we involve in build Nation-Building  . with other selfish material .


land allotted by lord with same  fertility , rather you have advantage  of  Seasons  and  crop , whatever they have not  ...... still  you are talking !  there  garden is more fertile  more productive , Rather than you !

Come out  with feeling of false pride, think only what you are ,
What you are about to lose , and what you have in hand  now .

You have smart brain , utilize !
Yes you have  courage , use it !
You have capabilities , do it !
that's all !

Wake-up , where you are !
Stand strong , what you have !
Stay strong with accepted reality
Fix  yourself  along sturdy steps
Honest affirmation to push forward
Is only way to come out from mud.