Just comes little up with all mind's Game ...

to understand true religion and true service for Lord , that path not goes from
scriptures  through  minds ....
that exact path goes from heart .
and connection is
" the very center to the very center "

A thought comes up  to see  religious burning  around the Earth :- for some reason ; If i have 90 % burned body cos of internal fire ..am i healthy and how may i survive with 90 % burn ... my soul will demand definitely to leave body . what can pure eye will do alone ; if eyes get safe some how from burn and if ears able to listen still the cry of whole body ! any thought from wisdom ?

Next thought comes  from clicking in mind ; Thought  was :- ... is the possible to call for real divine  and pure peace  lovers to get collect at one end of rope and on another end haters may get rest  .. with this one pauranik meaningful story also again get Unveiling herself , this time it gives different meaning with above thought .. not possible to create One big good group cos evils also want to survive good body and good group so that all are mix n match . The story of Vishnu Mohini Swaroop ; when Vishnu took mohini swaroop to hypnotize and to do confuse devils and call to deities to sit in one row ... but lord vishnu also get confeused when one devil by spoof come n sit in deities row and able to drink amrit ... this story very common in puran .. and many different understandings and analysis ..

Here i find simply all lord's efforts are to described  by sages  to reset the long-life of goodness but under human body they can live anywhere alike Illusive lover ...evils need body  to control  self as well as to others ... so they need  also repressive  minds  those get agree without questioning  .... so that  terror trail  is rest upon terror on innocents . So human mind , blood  and  body is essential .

Really , Sages stories has deep meaning to understand need much broad vision . many times found stories with different time zone the wars among deity and devils ... many times Sages prayers to lord for save them and save good deeds to benefits of Earth .

actually through story many things they want to express " unexpressed "

Next was about  spiritual persons and their patience  cos religion if it truly projected  its serves  only one direction of love  and peace with increasing  patience  quality  in spiritual person , what patience quality is related  with  and produced with Political  minds   :- The Real Spiritual person is out of any political religion and "Only" feel hurt and wounded ,when they saw stupid minds involves in brutal killing of innocents ..all religious madness. they forget before act about real religion of " Hu " and "Om " The one center create only One religion Of Humanity through love to entire world .

to understand  meaningful repeater is :-

" The world is exhibition ... have meaningful essence ...."
" Every-one is alone with self good / bad deeds .. no one can share ..cos everyone have own baggage "
" The time is moving .... the things get busy in change ....."
" Nothing is belongs to you ... everything will get pass from you "
" You born with emptiness ... you will go with emptiness ..."
" Nothingness with joy is basic nature...so you are in search "
" When your search get finish .. you will find that Nothingness within only "

Either you are social or not , you may religious and  spiritual  or not    ....either it is vibrational communication or front to front tongue twists in any relation personal or in crowd , either one is sit on seat alone in front of lacks public .... These involvement sounds , whatever you are n wherever you are , Birds will be there to chirp .... all nice & cool !
And whenever you able to listen Cuckoo sound.... find yourself in world lively .. otherwise all dead .. existence is live and changing . Nature itself find suitability (if it is in account balance ). Love stay . Only do best for your body and Soul is , allow intakes according to digestion .

As far concern in musical explanation and role is purely emotional concern ; sound have musical expression of notations and poetry of these songs get written under emotional highs only ... so that poets , artist and performers .. they have own flow . so be wise !

with this  most powerful expression is to :-

Good morning ! Wake up Dear Soul (s) ! :-
--------------------------------------------------------
While climbing upward on wisdom-stairs .. everything was calculative analytical for me,i was critic ... you can say best critic ! not only among rights and wrongs socially or religiously or feelings play in relationships ... i was best critic in every field possible in world affairs ! like a normal being i putting myself always on right on plate of the scale of Judgment , as normally we can find minds in surroundings including self .
though number of stairs is still not total identified but as i feel little is up .. i saw back ... and to saw those also ,who are enlightened and who are going down in darkest area again with courage to hold them who are some how after soul's effort they trapped in darkest shadow of ignorance .
to see their efforts are effortlessly ... few get trapped in clouds but few able to stand themselves for help ...
i saw ; now they are not critic , they are helper , they knows all dramatic acts are by Ignorant .
I saw ; their (pure souls ) message is only to serve peace love n light in the place of wounds, in the place of bloodshed , and in the place of group terror to established God's eminence and prophets / saints / sufies holiness with respect .
i saw ; though all acts are just for life span either from ignorant attacker or victims ..both are in end just human with desires and with anger . and soothers are not those who have guns .. soothers are who get aware the root cause of human play ( pain or pleasure ).
I saw ; from that highs few are involve in play to establish prophet's proficiency and God's kingdom , in calm way in peace , in Silence .. few are just opposite they have revenge anger and blast in hands . after every act they left blood-pool and revenge in result . Main hero are behind scene , mostly youth comes out with illogical minds washes or for money .
I saw ; after their last breath ( by hook or by crook ) they also meet with One light as those who get force ended by them just few minutes before . but that time despite of feel they do not have any correction in hand , because correction is also mind game . and mind washes are so powerful that Soul itself weak to correct them in body . and after leave body... Soul get latent .. till new birth . so who to teach to whom !
I saw ; from that highs , those great soul involves badly to speak loud , to wake up , to understand and act with awareness with alert minds .. with knowing the Idea of nothingness . but seeing who are in lower case they are busy to live as they are more strongly , more aggressively and more mindlessly or mindly both are same . the sound get weaker in front of Noise .
I saw ; upward .. there is aloofness , there is peace of course ... light get bright , darkness is down , i am up of clouds .. here is sky endless , yes , yes , yes ! but vastness is pure , totally acceptable and cheerful .........
Oh Yes ! why this is the start of God's Kingdom Gate ...
here is not proud and political religion is exist all are human game ! here is only one light exist all comes under this either warrior or victim , either wordily lover or sufferer ... they all are just actor with different profiles and in God's kingdom all are acts ... but true lover is most closer to that kingdom for sure ... and here Silence is not that much Silent as it is hard to hear on Earth ... it is clear and hear able !
Now i understand ! Do you ! 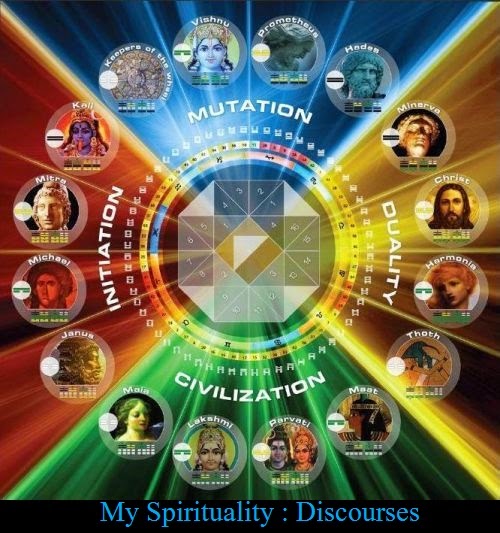 More to understand the existence of " Yes " :-

If Sages says there is Shiva at the top .
- Yes
If Sages divided  whole One energy between two major Identity of Male and female is Shiva and Shakti
- Yes
If sages says here is Trinity of God as first division.
- Yes
If Prophet says here is "One" Allah Only .
- Yes
If Jesus says here is no other god's kingdom ,look at me i'm the kingdom .
- Yes
If Budhha says here of only four ever facts .
- Yes
If Hindu religion says here is many gods as souls many . god is everywhere in different cells and forms named water , Air , Sun Moon , stars (named som mangal budh , guru , shukr shani ravi ), dust particles , Green Mother as Goddess , power energy and many more ....
- Yes
If if All religion pointing to Only One Light in the end
- Yes
If Krishna says Geeta
- Yes
If Vyas and Tulsi written Ramayna ..
- Yes
If Bible is pointer
- Yes
If quran is pointer
- Yes
if Ved & upnishad are pointer
- Yes
If Puran is full of stories of guidance
- Yes
If temple Mosque and churches place of faith and surrender
- Yes
If Mohammad says to save existence
- Yes
If Jesus says hold my finger i will take care of yours
- Yes

And " Yes " for All Ashtavakra's Geeta Including what is in Rumi's Poetry and Meerdad's song and Kabir's writes and Meera's danced and many more are still in Dance and singing like Parvati baul , it is any difference ! as i am hearing ! all are saying only One truth ... One song .... One Peace ...... One light ...... One mission to live with responsibly .. with love compassion and care with all Gratitude !

Ever you seen ; the running of Sun light rays .. they are many and straight .. they comes from very source and they spread with light . its like central circus point ... as they goes away , their internal difference appears broader but existence is still one . as they come back on return path their gap get narrow down .. their difference also get eliminated at one point they look same as they are .... do you understand at that point whatever Soul speak ... it is only for that " One ". and everything is pure and right .. because wrong world is not exist there ...... divisions are on very lower case of minds .. and all sequences and co-sequences are products of minds , giver is mind and taker is also mind .


Just comes little up with all mind's Game ...

The Real Spiritual person is out of any political religion and "Only" feel hurt and wounded ,when they saw stupid minds involves in brutal killing of innocents ..all religious madness. they forget before act about real religion of " Hu " and "Om " The one center create only One religion Of Humanity through love to entire world .